Dare to visit the Most Haunted Places in India The mysterious activities in this fort give the clue that a young prince was murdered ruthlessly which is why the place is haunted by his spirit and when the night falls sound of him screaming can be heard.People should rather visit this fort during day . As it is a risk to go there at night. This place thus is the most haunted place in Pune. A tortured, acrimonious soul is believed to haunt unknown entity in the corridor not allowing their entry.This is happening for the last 30 years,whenever a murder trial takes place.

Tunnel 33 is located next to the Barog Train Halt,which is also the longest tunnel on the Shimla-Kalka railway stretch. British Engineer Captain Barog was given the task of construction of the tunnel but he failed to complete it. As a result he was fired from the job and got depressed and shot himself inside the tunnel. The tunnel is named after him even it was completed by someone else. His ghost haunts the tunnel but is a friendly one. It is a black sand beach in Surat,Gujrat. It was an ancient HIndu burial ground and it is believed that spirits still roam here.The beach is fully filled with locals in the day time. But night is pretty scary here. To test this a group of students spent a night here but didn’t saw any paranormal activity taking place. But their cameras did. The photos in their camera captured the moving orbs even when no one was around. People have also heard whispering voices here. Thus this place made it’s entry in the most haunted places in India. 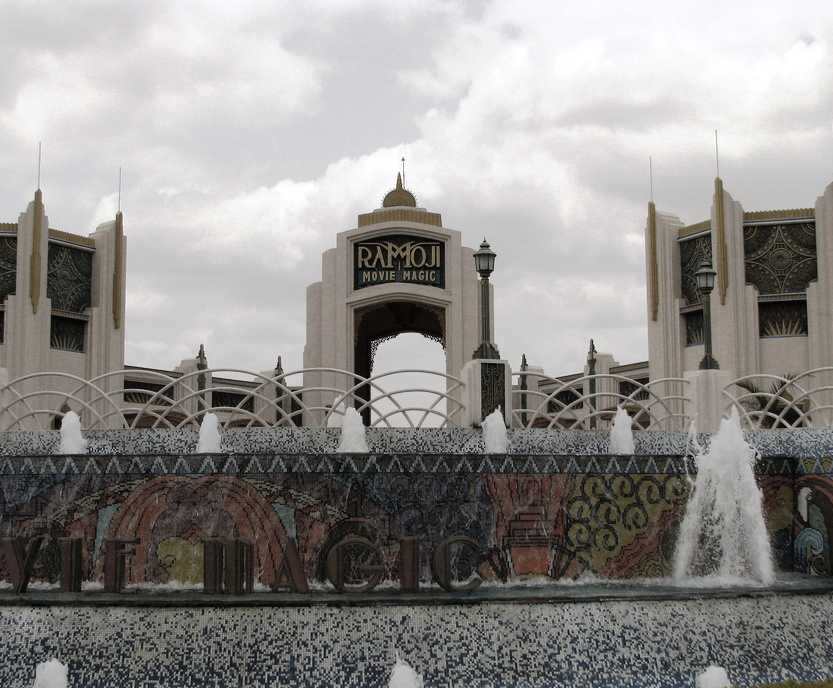 Known for it’s huge sets and film shoots,the film city is paid a visit by so many people. The ground on which the film city is built, many soldiers lost their lives here. And their spirits still roam here. People here fell that they are being pushed by invisible force and even injure themselves. So beware when you visit here.

The fishermen of this area, tell the story of mysterious ghost lights which they call Aleya lights. It is said that the area is haunted by a fisherman’s spirit, and the pattern of light is supposed to be an outline of his once-existent body which can be seen around swamps and marshes. They say that sometimes these lights confuse the fishermen and sometimes help them to avoid the future crisis. It is the same place where PK in the movie PK used to sit.

Stories are about people thrown in the well filled with black water. It is frequently visited by tourists during the day, and spirits at night.

8. THE CHURCH OF THREE KINGS, GOA The famous story is about the three Portuguese kings who always fought over the kingdom of Goa. And finally, one day one of the kings decided to organize a meeting at the now famous The Church Of Three Kings, with the other two to discuss the matter and poisoned them. People didn’t like the behavior of the king and came after him and so the king committed suicide by consuming poison. All the three were buried in the same church.

Kolkata’s National Library is one of the beautiful architecture from our colonial past. And apart from the rich literature the library is also famous for many paranormal activities that are said to be happened here. They say that the footsteps of the Governor’s wife can be still heard and even the guards often fear to do the nights shifts.

A room just opposite the reception area in this hotel is said to be haunted as the stories are about the spooky movements in the dark, sheets being pulled off sleeping people, and an unnatural coolness to the air and only the daring people ask to stay in this room though it is closed for rest of the visitors. The hotel gained much name after spooky incidents during the shooting of movie Raaz and is now shut down.

The story told by one of the cast member of movie that during their stay, the dance team heard some noises of rearrangement of the furniture from the floor above them in the night. The noise got louder and they tried to contact the reception but all the phone lines were dead. When they went to the reception the staff told them that there is no floor above. In the summer of 1911, a spiritualist stayed at the hotel with her friend and found as poisoned to death one night. After that many mysterious incidents happened some of them even lead to deaths. Some disturbing noises have been heard at night and some people reported the sound of footsteps echoing in the lobby. The story finds a mention in the books by Agatha Christie and Ruskin Bond. 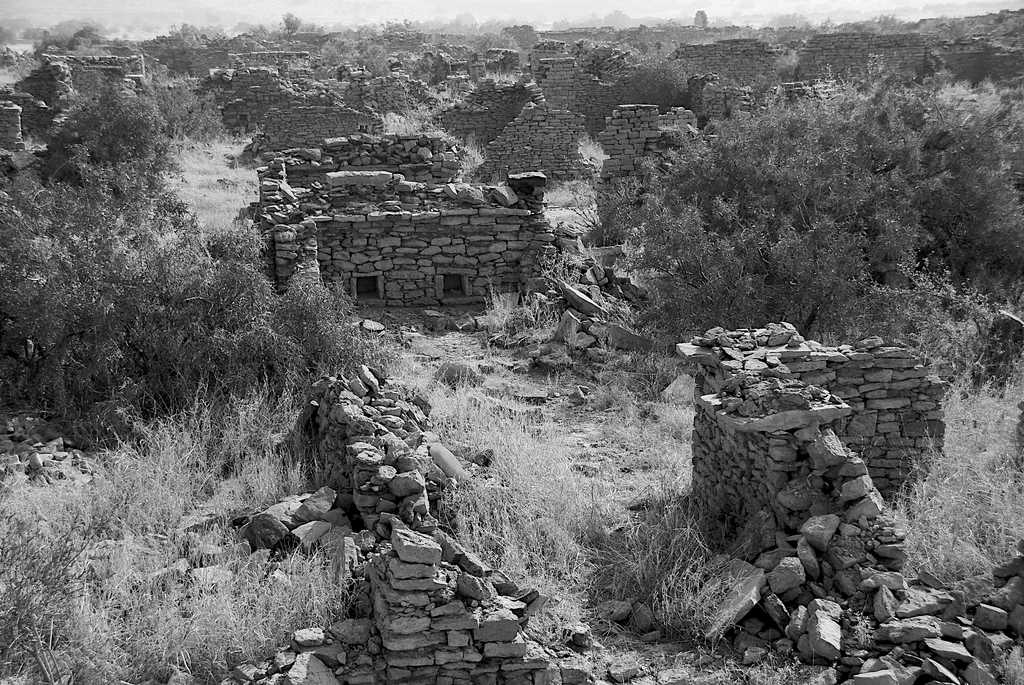 Kuldhara village of Rajasthan is known to be a deserted ghost village. Nobody could live there 1800s and the place has been abandoned since then.

The popular story is about the Salim Singh, the minister of the state and the beautiful daughter of chieftain whom he wanted to get married with. He threatened the villagers that if he would levy huge taxes if he didn’t get to marry her. The chief of the village along with those of adjoining 83 villages decided to migrate elsewhere to protect the girl’s honour. Nobody saw them leaving, they just vanished one night in 1825. And according to the popular belief the villagers also cast a spell on the village as they left, cursing anyone who tried to inhabit the land.

According to the popular beliefs, Indian sepoys during the revolt of 1857 killed Major Burton and now his ghost roams around the palace.

This huge forest area near Qutab Institutional Area is said to be one of the most haunted place near Delhi as some people have seen a woman in white saree appearing and disappearing suddenly around the cremation ground near that area. 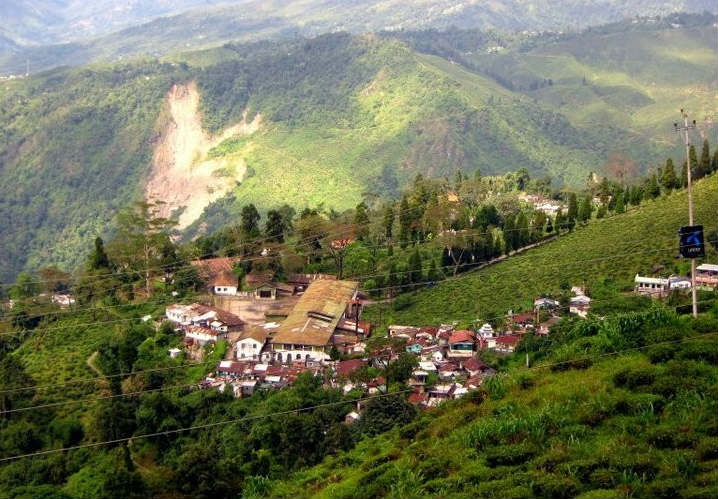 The innumerable murders happened in the forest made it one of the most haunted place. Among the stories that have been heard, seeing a headless boy who suddenly appears and then disappears into the forest is the most popular. The Dow Hill Boarding School for Girls, which is surrounded by the forest, is also know for some spooky activities. 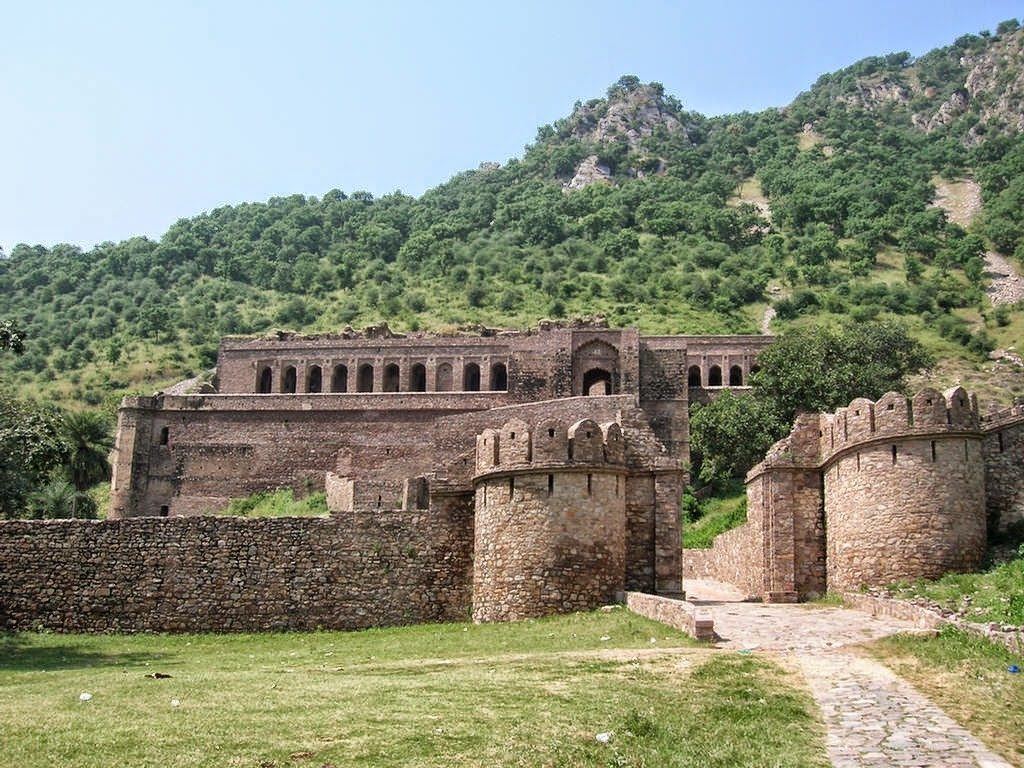 Bhangarh fort being the most haunted places of India has several mysteries linked with it. No one is allowed to enter the fort before sun rises and after sun sets. A rumor about Bhangarh fort is that spirits roam at night and several noises of screaming , crying women ,bangles sound are heard. People have heard strange sounds of music and dance coming from the fort.

It is the place which is hard to believe that can be on the list of most haunted places of India. It is believed that the evil spirit present here attacks people during night especially young women.

People see a lady standing in a white dress ,asking for lift. If you go with a high speed ,she will run as as fast as the car runs. 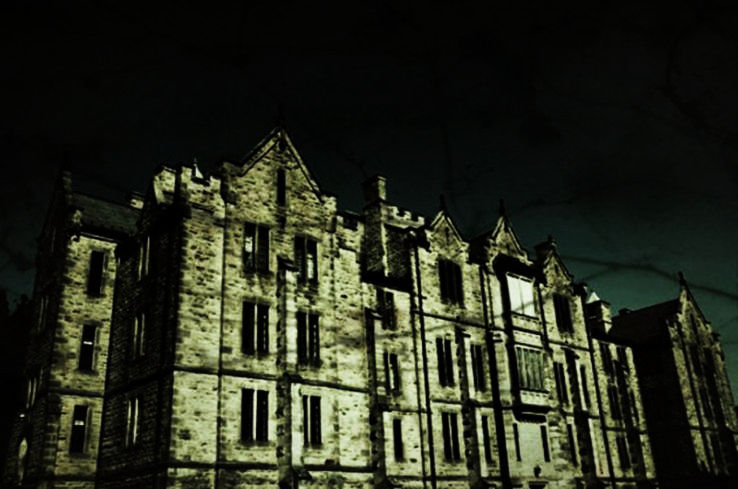 Which attracted people’s attention. It is said that dead bodies were not disposed properly when the college was abandoned, which might be the reason behind the haunting.

What? Did you have fun reading it? Got some daring bones to visit some of these?

If yes, Well then what can I say, my daring bones are no more daring after writing all this.