From Shepherds To Trekkers: The Shepard Trail Trek

From Shepherds To Trekkers: The Shepard Trail Trek

Himachal Pradesh is a land of extraordinary mountains and beautiful valleys which consist of one of the richest biological reserves of plants and animals of the rarest kind. Trekking through this beautiful land will leave your mind awestruck and your heart content. One of the most beautiful and memorable treks in this magnificent land is Shepard’s Trail trek otherwise known as Gaddi Trek. This incredible trail connects the elegant Kullu Valley to the rich Kangra Valley. Kullu valley is formed between the pristine Manali and the village of Largi by the Beas River. The magnificent hills of the Kullu Valley are known for its beautiful Pine and Deodar forests and sprawling apple orchards, along with the magnificent temples that add to its vast beauty. However, the Kangra Valley lies on the Western Himalayas and lies mostly in the state of Himachal Pradesh, is known to be home to the “Himalayan Pyramids” or the Masroor Rock Cut Temple which is a possible contender to become one of UNESCO’s World Heritage sites. The Gaddi trek ranges from an elevation of 2050 metres to 4800 metres, passing through mountain passes at an altitude of 3600 metres (Khanpari Pass) to 3500 metres (Thamsar Pass). The trail of the Gaddi trek passes through many shepherd villages and cattle farms tucked and hidden away in the mountains, which gave it its famous name of “The Shepard’s trail trek”. The trail holds an untamed beauty in its magnificent alpine woodlands and lovely meadows, in the wild animals that roam the land, the colourful orchards that redefine beauty and the gushing streams that rush down from the mountains. The journey will be an adventure filled with grandeur and natural magnificence. But be warned, it’ll be tricky and strenuous when you encounter the slippery glaciated parts of the trail. Don’t forget to take in the view of the white beauty of the crescent Himalayan range against the blue sky stretched far into infinity, the immaculate and elegant lakes of the Himalayas and the breath-taking view of the Dauladhar range and the feeling of euphoria on finishing the trek which makes the stress, strain and journey completely worth it!

The Shepard trail begins at Manali, whose reputation of being a backpacking town is spot on, at a height of 2050 metres. The trail will lead you to Lamadugh, a place famous for offering you a view you’ll never forget and experiences you’ll never experience again, at an altitude of 2500 metres. The trail in between Manali and Lamadugh you’ll pass many a stream bouncing and jumping off rocks and pebbles, twisting and turning with the flow and dancing in the mountain sun and walk through forests of Cedar trees which shield you from the heat of the sun and form a canopy of life around you. From Lamdugh the trail ascends into a steep climb to Dohra Nalla which is at a height of 3100 meters and cross the magnificent Khanpari pass.  You’ll head out into the moraine parts of the trail and trek through beautiful lush green forests home to rare species of animals and plants to the base of the marvellous Kalihani Pass which is at an elevation of 3800 metres above sea level (This will the highest point of the trek). Now comes the hard part. The trek so far was easy with minimum obstacles. This point onwards it’ll become strenuous as you’ll be climbing up an extremely steep stretch to reach and enjoy the beauty of Kalihani Pass. From the Pass, it’ll be slow descend towards Gaddi Gote whose is situated at a height of 3600 metres. Don’t settle down yet! Now you’ll be off to Lamba Pahad, which is at an altitude of 3300 metres. You’ll be travelling to Lamba Pahad via Devi Gote and along the pristine Soony River. Along the way, you’ll find a small serene temple built by the shepherds believed to give them safe passage in the trails. Beautiful it is! 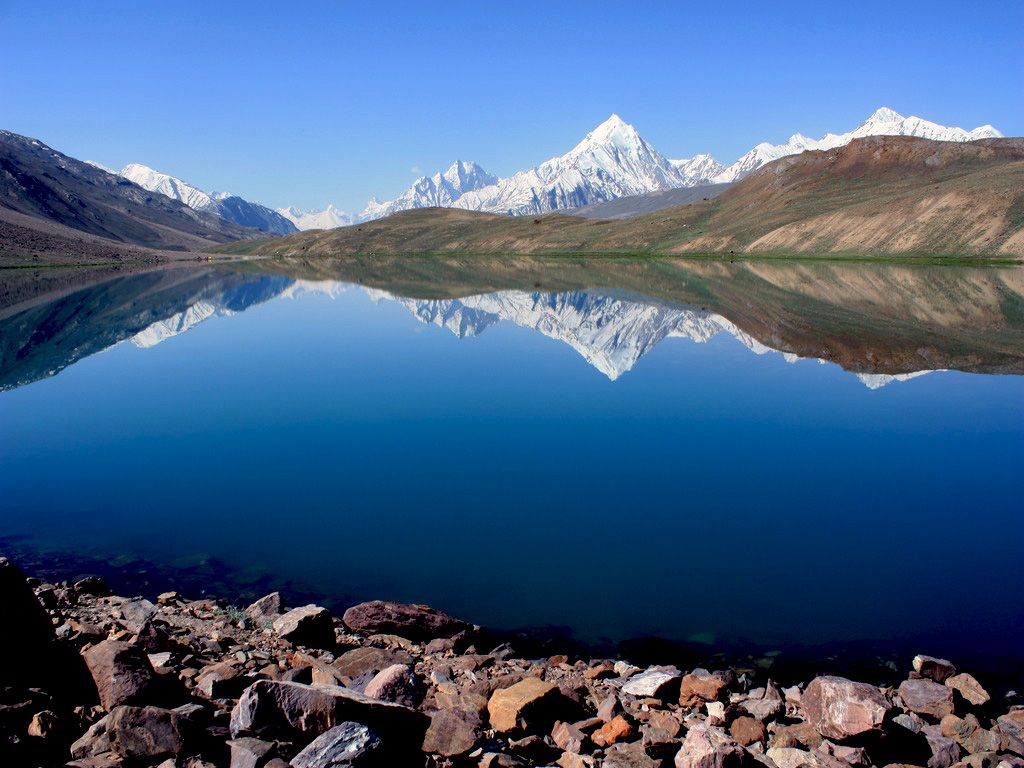 The next leg of the trek starts from the marvellous Lamba Pahad. The path from here will lead you into a rocky and tricky terrain. This part of the journey will be a bit rough but you’ll be steadily climbing through a dense forest (Be sure not to wander off the trail as it will be difficult to get back). Saddle up! The Shepherd trek continues! The trail will lead you to the stark Bara Bhangal. Although it’s stark, you’ll be sure to catch a spectacular view from Bara Bhangal which is 2,400 metres above sea level. From here you’ll be taking a steep to ascend towards the alluring Thamsar Pass. As you reach Thamsar Pass breathe in the mountain air and enjoy the pristine landscape because you’ve almost reached the end of the trek.

The beginning of the final section of the Shepherd Trail trek will be a journey to Panihartu which is at an altitude of 3200 metres. From Panihartu you’ll be descending to Raj Gundha which is at an elevation of 2900 metres. The trail further moves down to Bir through a beautifully dense forest of oak and lovely rhododendrons. You’ll be lucky if you go for the trek while they’re in full bloom. Boy, it’s a splendid sight to see! Oh, don’t forget to catch the spectacular view from Kangra Valley. The panoramic view is phenomenal. The trail then descends to Dharmasala from Bir which is where Shepherd’s trail and trek come to an end.

Arrival at Delhi and stay overnight. 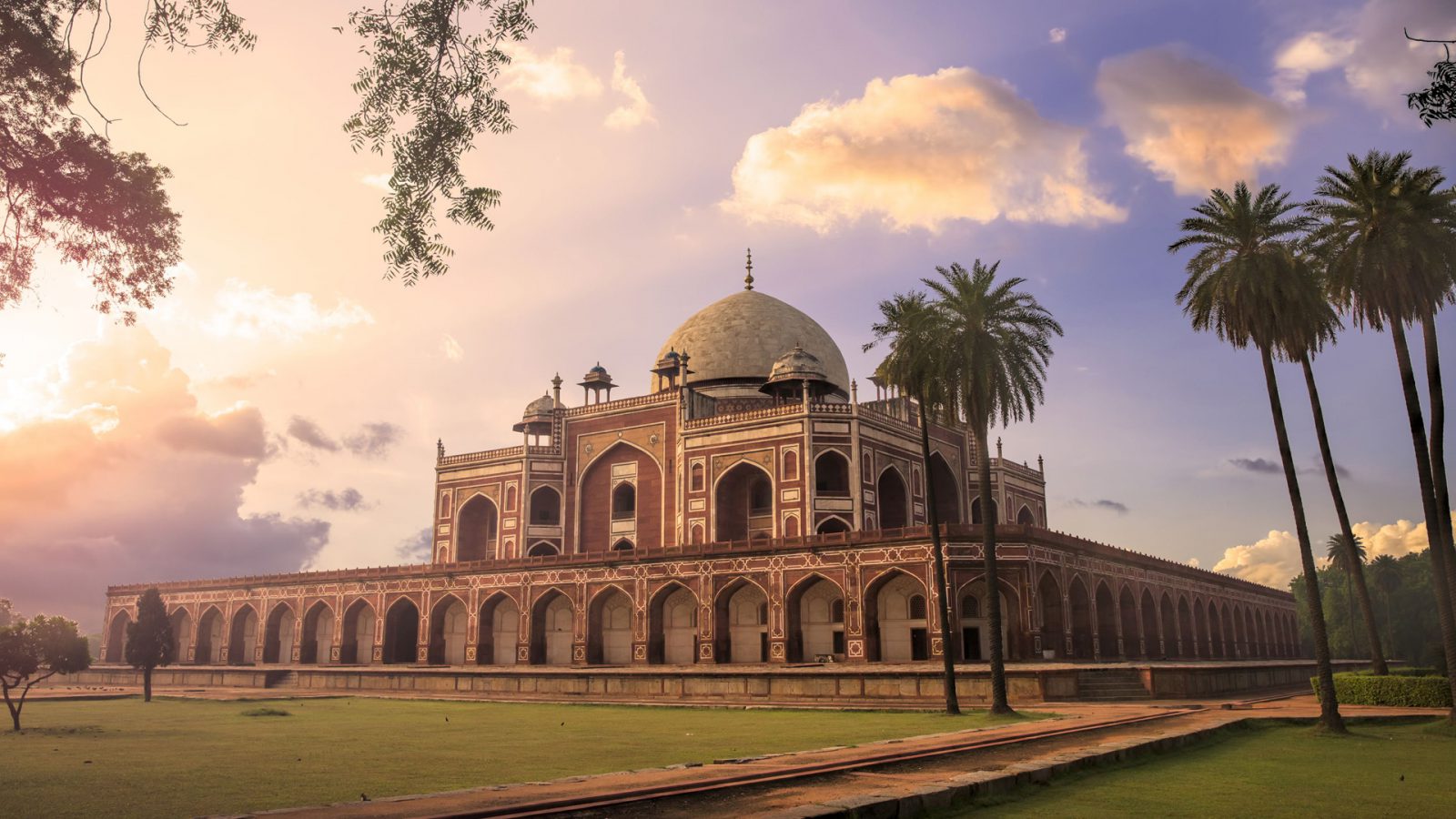 Delhi sightseeing in the morning till afternoon. Overnight drive to Manali in the evening by AC Volvo coach.

Arrival at Manali. A day spent at Manali sightseeing, shopping and relaxing.

A 5-hour trek from Manali to Lamadugh (2500 metres/8200 feet). The campsite will be near a meadow at Lamadugh.

On the 7th day, you’ll be trekking from Sangohar till Gaddi Gote (3600 metres/ 11818 feet) over the Kalihani Pass. This will take approximately 8 hours to cover. The campsite will be right after a bridge along the river.

The trek commences from Gaddi Gote to Lamba Pahad (3300 metres/ 10824 feet). It’ll take about 4 hours to reach the campsite at Lamba Pahad.

From Soony the trail will lead to Bara Bhangal (2540 metres/ 8332 feet). This leg of the trek will take 6 hours to complete. Day 11 will be a day to rest and explore the ancient village of Bara Bhangal. The inhabitant is of the Gaddi tribe who have led a nomadic life for many years. Thus, the trek is known as the Gaddi trek. The village is only open for 5-6 months for outsiders. So, the day will be for exploration. 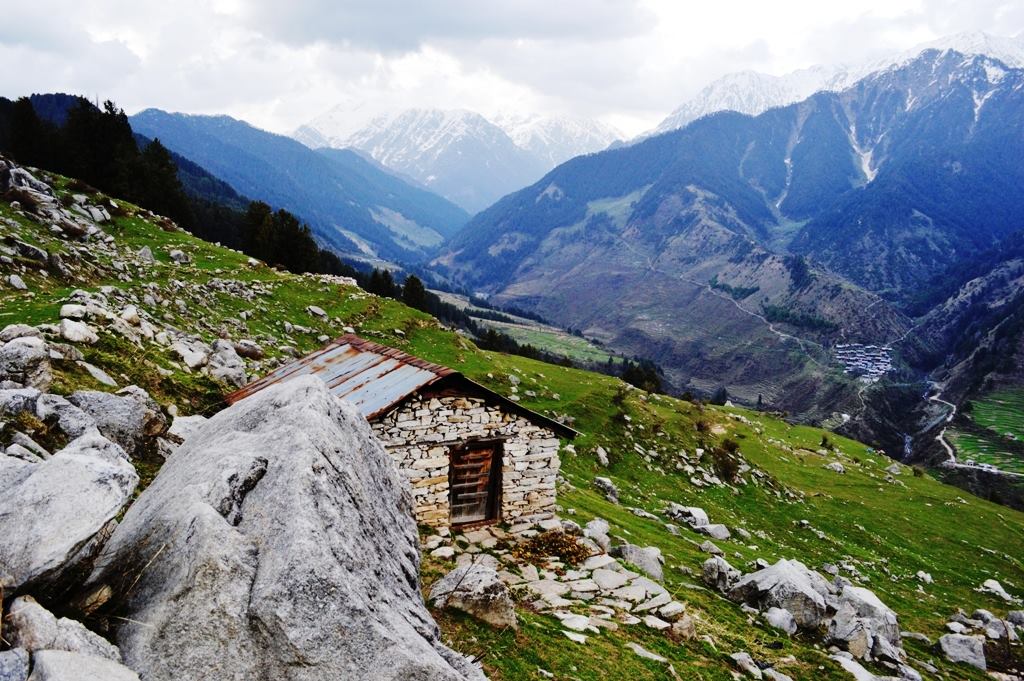 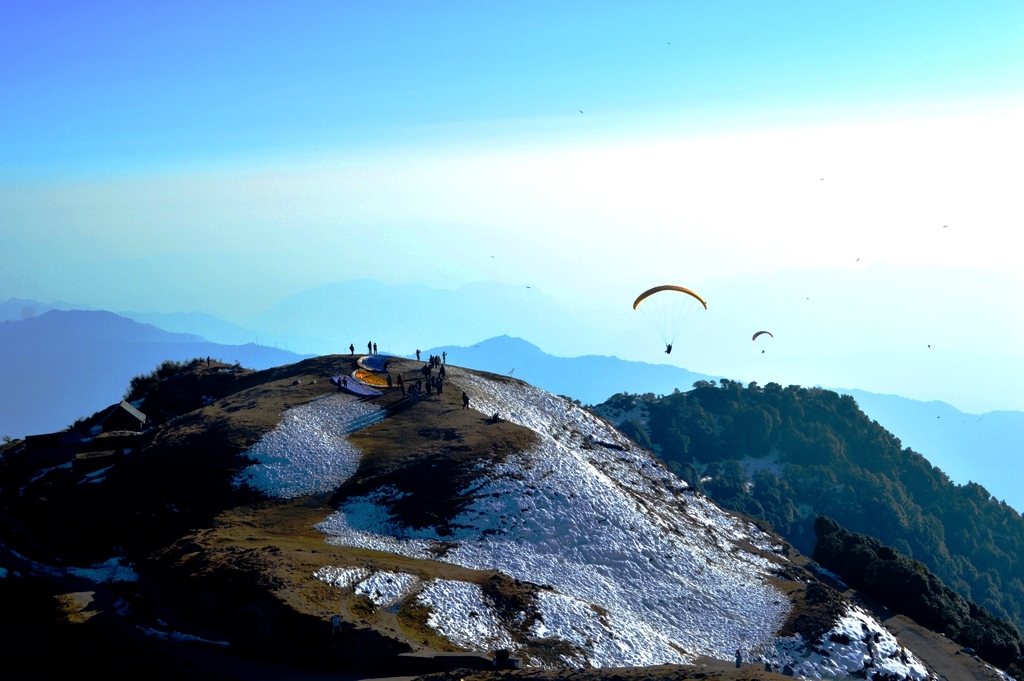 A 50km drive from Bir to Dharmasala.

Sightseeing at Dharmasala. Train to Delhi.

Arrival at Delhi by train. 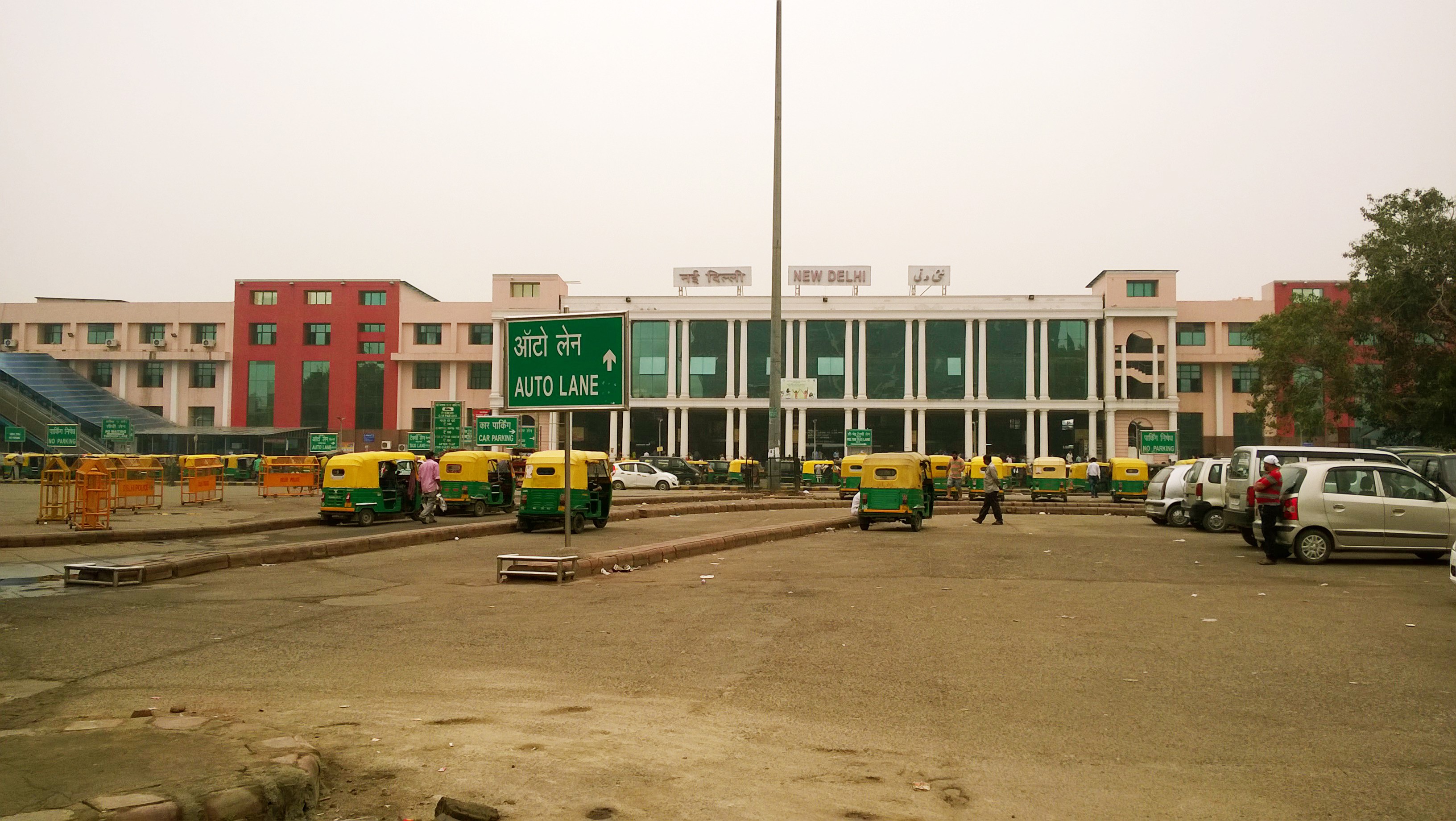 ü A Flashlight/Headlamp with extra batteries

ü A Pair of Trekking Boots

ü A Pair of Sneakers

ü Prescribed medicines (if any) + A basic First Aid Kit

Ø It will be a 15-day trek so fitness will be important. If you have a heart condition or lung problems this trek is not for you. The trek will tough, consult a doctor and prepare for the trek with cardiovascular exercises before you go.

That’s basically everything you need to carry for the trek.

The beautiful trek will take through rough paths and tough terrains, gorgeous valleys and spectacular views. It’ll be a twist and turn filled with surprises. For all you adventurers, it will take you on an amazing adventure leaving you with unimaginable peace and wonderful memories that’ll last a lifetime. Be ready to experience the best of nature. So, folks get ready to have one heck of a journey. Pack your bags to one of the greatest treks in Himachal Pradesh!