Guide to the 7 Most Popular Treks among Delhites 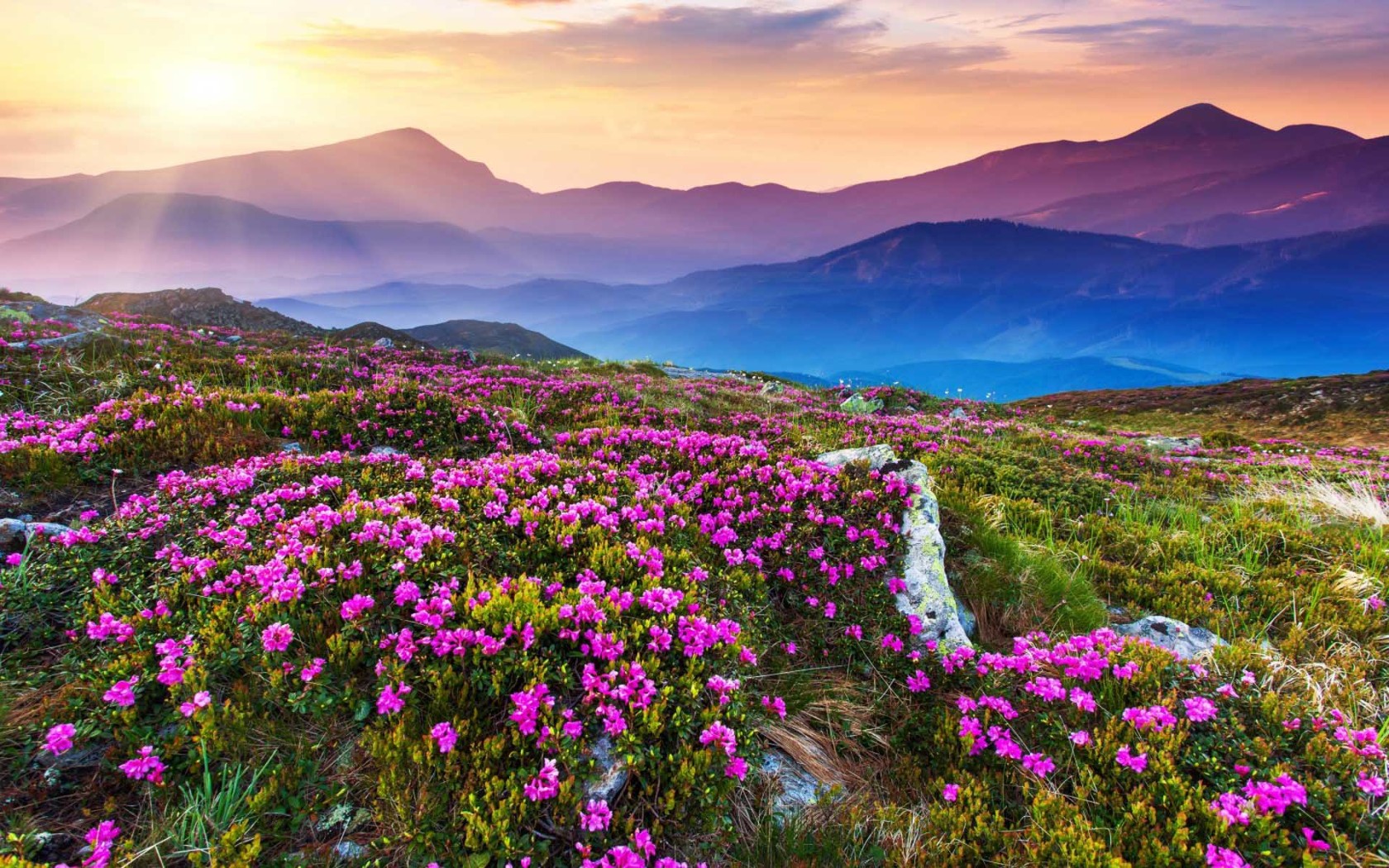 The most beautiful of all Himalayan flowers, the blue Primula can be seen blooming in thousands in the valley. The snow on the Himalayas adds majesty to the mountains and the innumerable flower patches of vivid colors add to its beauty. When the sun shines hot on this field, thousands of flowers bloom here.

This valley was unknown till a British mountaineer Frank Smythe first discovered this place. In 1931,  Smythe wanted to scale a peak in Garhwal called Kamet. While returning after successfully completing his mission he took the western pass and lost his way and reached this valley after many difficulties. Thus, was born the Valley of Flowers Trek.

This is one of the most popular trek that you can do in short period of time. The trek from McLeodganj to Triund is a steep ascent of over 1,100 metres. The trail and hill is well-compensated by refreshing walks amongst rhododendron and oak trees, you have most spectacular view of the snow covered peaks of dhauladhar one one side and Kangra valley on the other. You have got different view at different time of the day-Sunset, moonrise, sunrise all present a different picture of the place.

There is no dearth of eating options as there are several cafes on the way, like Magic View, Scenic View and Snowline Café.

This easily accessible trek route in the upper Kullu valley and lying east of the famous Rohtang pass offers almost everything which a beginner or an experienced hiker can think of. The trail goes though virgin forests, and lush green meadows, Birds eye views of the surrounding valleys like upper Kullu, Solang and Rohtang are trekkers delight. Snow clad peaks and ranges of Dhauladhar and Pir Panjal are captivating. The lake itself derived its name from the peak called Bhrigu.

The legend is that, Maharishi Bhrigu (saint) of Saptarishi fame had meditated on bank of this secluded and pristine lake lying at ~4270m/14000ft above sea level. The shallow lake remains frozen for more than half of the year.Even in summer the approach is filled with the fun of walking on snow. Campsites provide overwhelming feeling of wonder and admiration. The nature is bountiful with her gift of wildlife. This round trek’s start and end point, the village of Vashisht ( Another Rishi of Saptarishi fame extolled here ) has surprises in many folds.

The Roopkund alpine lake is situated roughly at 16499 feet above sea level. It is also called Skeleton Lake due to the human skeletons, which have been discovered in and around it. There have been various theories on who these skeletons are of and when did they die. Some say that they belong to Japanese soldiers who died here during WWII. Studies have determined that they are of people from an Indian tribe, who died here in the 9th century because of a severe hailstorm.

Roopkund trekking begins in the town of Lohajung and takes you through mountains replete with rich biodiversity and picturesque surroundings. You travel through little hilly villages before arriving in Ali Bugyal. It is an alpine meadow at an elevation of about 10830 feet above sea level. 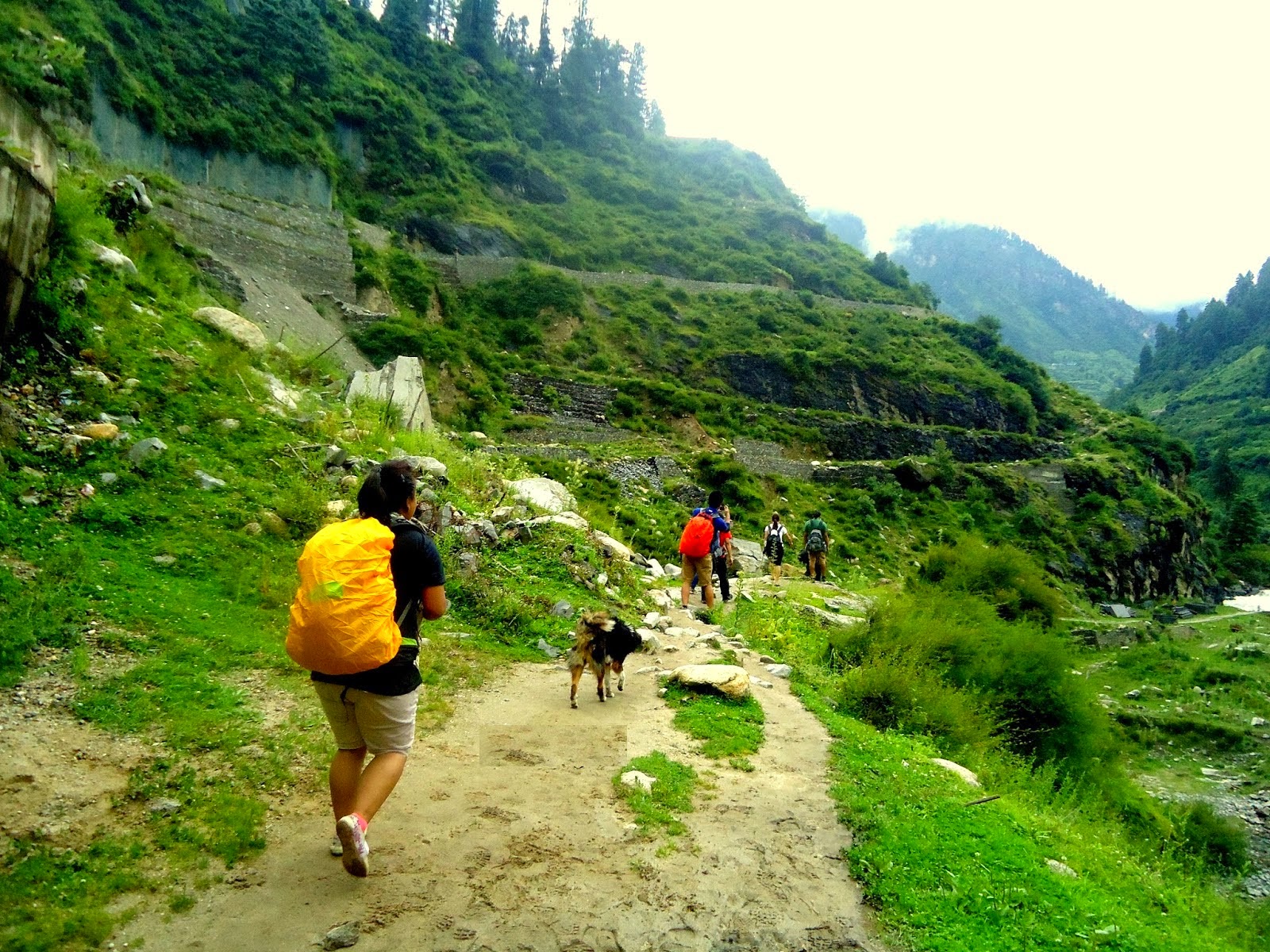 The name Kheerganga came due to the milky waters of the river flowing in all its vastness and its streams flowing into Parvati valley from all sides of the mountain. Kheerganga is a small village in slopes of mountains. The other side of the mountain opens towards Lahaul Spiti valley. There are lots of popular treks in the area but Kheerganga is the place to trek amid nature and and relax along with Hot spring baths.

The trek has lots of interesting spots enroute like a Shiv Temple, Rudra Naag Waterfall and lots of interesting rock formations. It also offer variety of flora on the way to Kheerganga and one can even trek towards Pin Parvati pass from this area. The Pin valley is well known for snow leopards and other secured wild life.

Kareri Lake is best known for being a trekking destination in the Dhuladhar range. The walk takes you through pristine Oak, Pine and Rhododendron forests. Kareri Lake is situated at an altitude of 3100m it is a shallow fresh water lake. This trek is great for the first time trekker and is a perfect introduction to the great ranges.

It is advised to speak with the forest ranger at Dharamshala for arrangements of stay at the Forest Guest House in Kareri Village. Home-stay at Kareri Village is also a possibility; the villagers are known for their hospitality.

Best time to Visit: May to June & September to October.

Surrounded by the Dhauladhar ranges in Kullu Valley is a blue-water lake called Prashar. Prashar Lake is a well-kept secret in the Mandi district of Himachal Pradesh. The trek follows a charming trail through a forest and several  rivulets. Meanwhile, one can enjoy the local culture as the trail goes through villages as well. The trek offers a 180 degree view of the Dhauladhar, Pir Panjal and Kinnaur mountain ranges.